An initial coin offering (ICO) is a type of capital-raising activity in the cryptocurrency and blockchain environment. An ICO can be viewed as an initial public offering (IPO) that uses cryptocurrencies. However, this is not the most accurate comparison, as there are some important differences between the two fundraising activities. Startups mainly use ICOs to raise capital. The main advantage of ICOs is that they remove the middlemen from the process of raising capital and create a direct relationship between the company and the investors. Furthermore, the interests of both sides are aligned. An initial coin offering (ICO) is the cryptocurrency industry's equivalent of an initial public offering (IPO). A company looking to raise money to build a new coin, app or service launched an ICO as a way to raise money. Interested investors can buy into the offering and receive a new cryptocurrency token issued by the company. This token may have some utility in using a product or service being offered by the company, or it may represent a stake in the company or project. 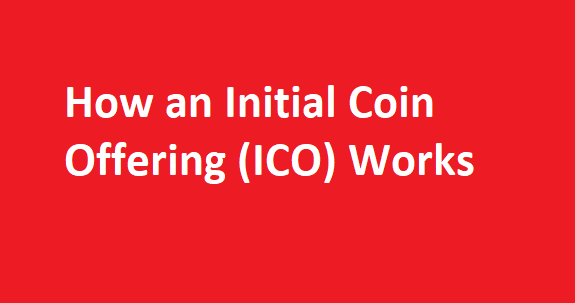 When a cryptocurrency startup wants to raise funds through an ICO, it usually creates a whitepaper that outlines what the project is about, what the project will need when the project is completed, how much funding will be needed, how many virtual tokens The founders will keep, what type of money will be accepted, and how long the ICO campaign will last. During the ICO campaign, project enthusiasts and supporters buy some of the project's tokens with fiat or digital currency. These coins are referred to as buyers tokens and are similar to company shares sold to investors during an IPO. If the money raised does not meet the minimum amount required by the firm, the money can be returned to the backers; At this point, the ICO will be considered unsuccessful. If funding requirements are met within the specified time frame, the funds raised are used to further the goals of the project. 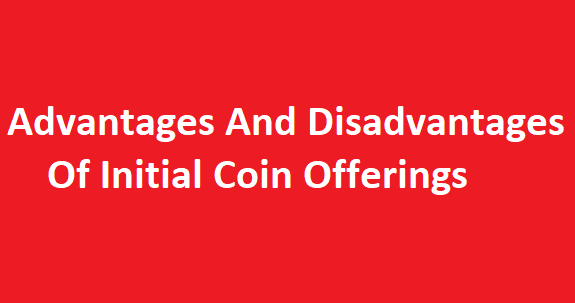 In an IPO, an investor receives shares of stock in the company in return for his investment. In the case of an ICO, there are no shares per share. Instead, companies that raise funds through ICOs provide a blockchain equivalent to one share—a cryptocurrency token. In most cases, investors pay in a popular existing token—such as bitcoin or ethereum—and receive an equal number of new tokens in return. It is worth noting how easy it is for a company to launch an ICO to generate tokens. There are online services that allow the creation of cryptocurrency tokens in a matter of seconds. Investors should keep this in mind when considering the difference between shares and tokens—a token has no intrinsic value or legal guarantee. ICO managers generate tokens according to the terms of the ICO, receive them, and then distribute them according to their plan by transferring them to individual investors.

Investors early in ICO operations are usually motivated to buy tokens in the hope that the scheme will be successful once it is launched. If this actually happens, the value of the tokens they buy during the ICO will climb above the set price during the ICO itself, and they will reap the overall profit. This is the primary advantage of ICOs: the potential for very high returns.