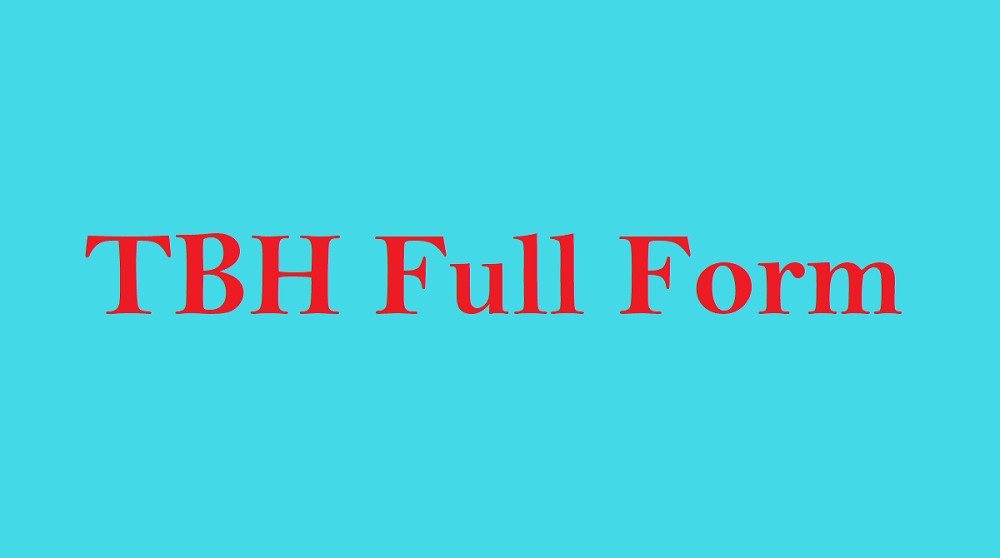 TBH means "to be honest". Which is widely used as internet slang abbreviation that you may hear the abbreviation or hashtag of TBH on social networking sites like Facebook, Instagram, Twitter, YouTube etc. TBH (long form) can be a message abbreviation employed in casual speaking and stands for honest of the phrase. This phrase can be used when you are emphasizing that you are stating an honest opinion. Phraseological variations can be used such as "to be absolutely honest (with you)," "in all honesty," and "in my opinion." TBH can be used at the beginning or end of a sentence to make it clear that you are being honest and telling the truth about what you think, feel or know. It is used to save time. For example: writing "tbh" is much simpler, easy and time-saving than writing "to be honest". In the past, most people used this expression when giving information that might upset or offend another person. The implication is that the person saying something is not trying to hurt the feelings of the other person, rather they are expressing their honest opinion. Recently, the phrase has taken on a different meaning among young Instagram users. They see "TBH" as a way to compliment others. Some have even said that it can be interpreted as "listening". 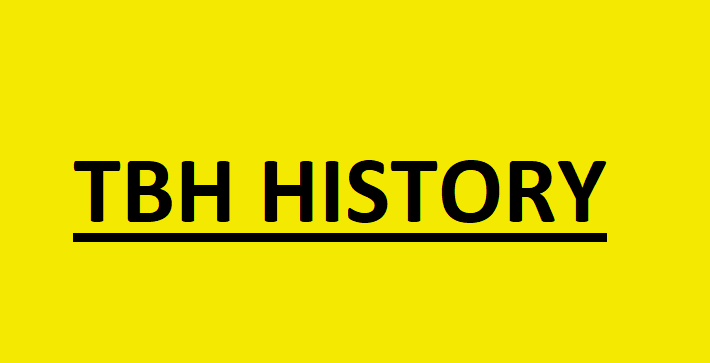 TBH History
TBH became a widely used phrase in the late 90s and early 2000s. This was the time when SMS conversations had just started and people started sending emails. Since text messages were expensive, people wanted to shorten some words so that they could communicate the message without overwriting. This brought about the use of tbh. People used this phrase whenever they wanted to express a sense of candor or honesty. As we mentioned above that, TBH which meaning is to be honest, is now became a common phrase in the late '90s or early 2000s. That time It was probably used in IRC or SMS conversations to potrey a sense of honesty or candor before being spread on message boards and websites. The first Urban Dictionary entry for TBH was added in 2003, and (according to Google Trends) the term didn't become a massive hit until 2011. Note, tbh was originally used with a blunt or slightly opposing statement to suggest a statement received honestly. In other words, TBH was used as a warning to defend the author of an overly explicit statement meaning "I'm only telling you this because I'm truthful." However, with nowdays TBH is becoming so common on social-media platforms weather it is Facebook, instagram  and chat rooms, its meaning is now diluted.
But "to be heard" for TBH isn't just a confusion of letters. Teens use TBH in social media posts to get honest opinions from others. They might post something like "tbh for tbh" or "like and share this post for tbh". It means they want to give or receive honest opinion. These opinions can be humorous or appreciative. But sometimes teenagers go a step ahead and start making abusive or hurtful comments. There's even a style of social media post called "TBH post" where kids ask their opinions about each other. Teens may say "like this post for a tbh," or "tbh for tbh" with the intention of giving (or receiving) blunt opinions. These opinions are usually meant to be complimentary or humorous, but they can also be intentionally hurtful or insulting (these are teens we're talking about). TBH is gaining popularity, with some entrepreneurs attempting to create a TBH campaign by starting TBH software with a TBH blog. The TBH app also encourages the online users to join the TBH social site to "find out what your friends really think about you."