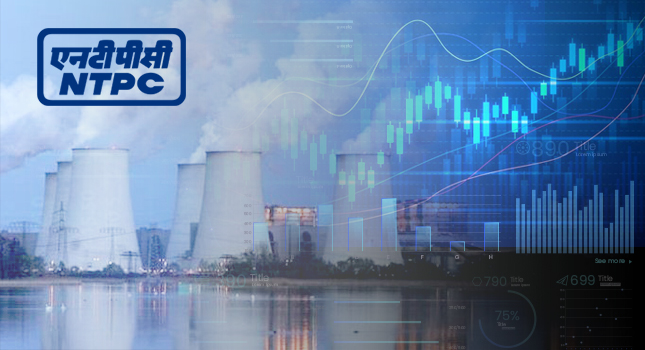 NTPC was incorporated in 1975 as a government-owned corporation with the primary objective of planning, promoting, and organizing an integrated development of thermal power in India. The company was initially established to accelerate power development in India and has since then developed into one of the largest thermal power generators in the world.

NTPC's core business is the generation and sale of electricity to state-owned power distribution companies and state electricity boards in India. As of March 2020, the company operates a total installed capacity of 62,110 MW through its various power plants located across the country. NTPC operates both coal-based and gas-based power plants, as well as a small hydroelectric power plant. The company also has a renewable energy portfolio that includes solar and wind power.

NTPC has been consistently ranked as one of the top performing companies in India. It has also been recognized as a "Maharatna" company, a status given to select public sector companies in India that have demonstrated strong financial performance and global competitiveness. The company has also been honored with several awards and accolades for its contribution to the power sector in India, including the "Golden Peacock Global Award for Excellence in Corporate Governance" and the "Dun & Bradstreet Corporate Awards for Excellence in Performance."

NTPC has also been actively involved in various corporate social responsibility initiatives, including education, health, and community development programs. The company has set a target to have at least 30% of its total installed capacity from non-fossil fuel based energy resources by 2032. NTPC is also planning to expand its presence in the international market, and has already made significant investments in power projects in several countries, including Bhutan, Bangladesh, and Nepal.

NTPC is a major power generation company in India, with a significant presence in the country's power sector. It has a diverse portfolio of thermal and renewable energy projects, and has been recognized for its strong financial performance and commitment to corporate social responsibility. The company is also actively working to expand its presence in the international market and to increase its non-fossil fuel based energy resources.