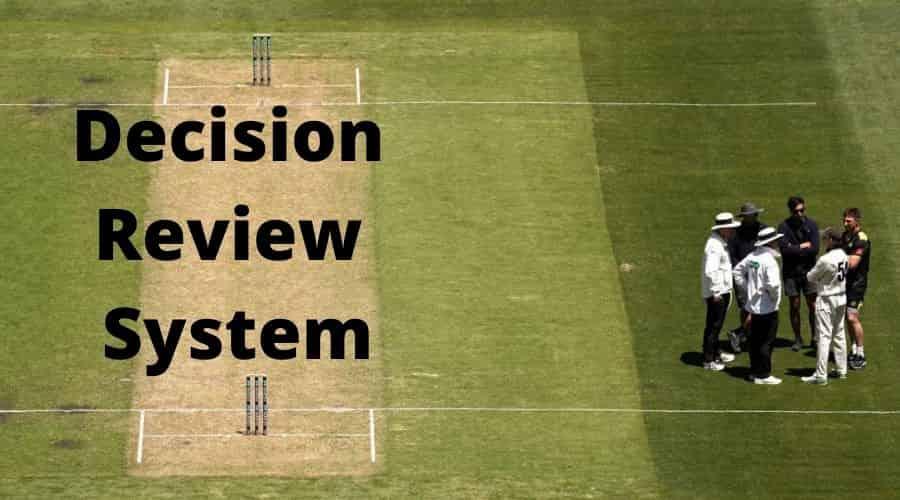 What is DRS (Decision Review System)?
Decision Review System (DRS) is known as Umpire Decision Review System.  Under the decision review system (DRS) or the referral system, introduced and tested in an India v Sri Lanka match in 2008, and being officially launched by the ICC in 2009 during the first Test match between New Zealand and Pakistan at the University Oval in Dunedin, a player may request a review of the decision taken by the on-field umpire on whether or not a batsman is dismissed. The most common instances of referrals are for the leg before wicket (LBW) and caught behind. Most of the core rules and procedures adopted in cricket date back to the early years of its origin and are not tweaked unless a major appeal across the cricketing boards is issued, and one of them includes the decision of giving “out” (umpire raises his finger) or “not out” (by the shake of head) when there is an appeal from the bowler or the fielding team of a LBW or caught behind. Such decision is calculated and given by the on-field umpire at that brief moment only, generally it is expected to be fair and right but no method can eliminate human error and hence the introduction of DRS to aid such crucial decisions, but after many years of its use many have questioned its predictability of the ball tracking used in DRS. Upon gaining knowledge of the technology error with respect to human error and the amount of money invested in such technology one starts to look at the other way around.