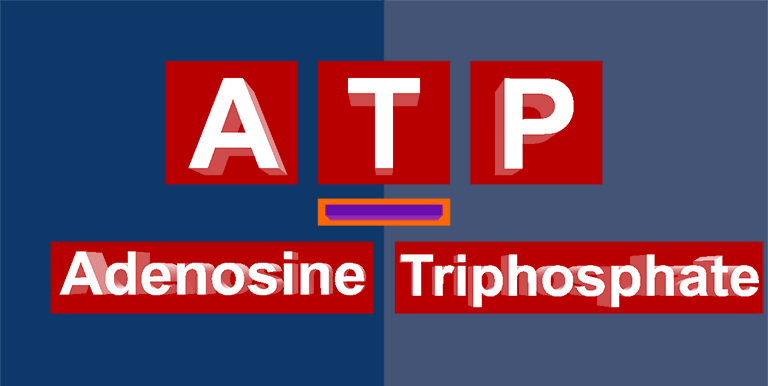 The full meaning of ATP is Adenosine Triphosphate, which is a molecule found in a human body or all forms of living. It is a complex organic chemical that gives and stores energy to the living cells. That is why it is also known as the energy currency of the cell. Our body or human body consists of three different cells. And each of these cells has a specific task to complete that maintains our bodily functions. As we all know, that human body is made up of different types of cells. Each type of cell performs a specific function that helps the organism to perform the functions necessary to survive. For example, nerve cells transmit messages to the brain and allow us to think, make decisions and more. Similarly, muscle cells help us to generate force and movement, maintain posture and contract organs and much more. To perform these functions cells require energy, which is provided by ATP.

The food we eat is slowly oxidised in the cells and energy is released. Which is used to produce ATP so that there is a constant supply of ATP, in simple words, we store the energy obtained from the breakdown of food in the form of ATP. Similarly, plants store the energy produced during photosynthesis in ATP molecules. It is also a precursor to DNA and RNA, and is used as a coenzyme. From a biochemistry point of view, ATP is classified as a Nucleoside triphosphate, indicating that it consists of three components: the sugar ribose, a nitrogenous base (Adenine), and the triphosphate, in terms of its structure, into ATP. There is an Adenine attached to the 1 a carbon atom of a sugar (Ribose) by a 9-nitrogen atom. Which in turn is attached to the 5 at carbon atom of the sugar by a triphosphate group. In many of its reactions related to metabolism, the adenine and sugar groups remain unchanged, but the triphosphate is converted to di- and monophosphate, giving the derivatives ADP and AMP, respectively. 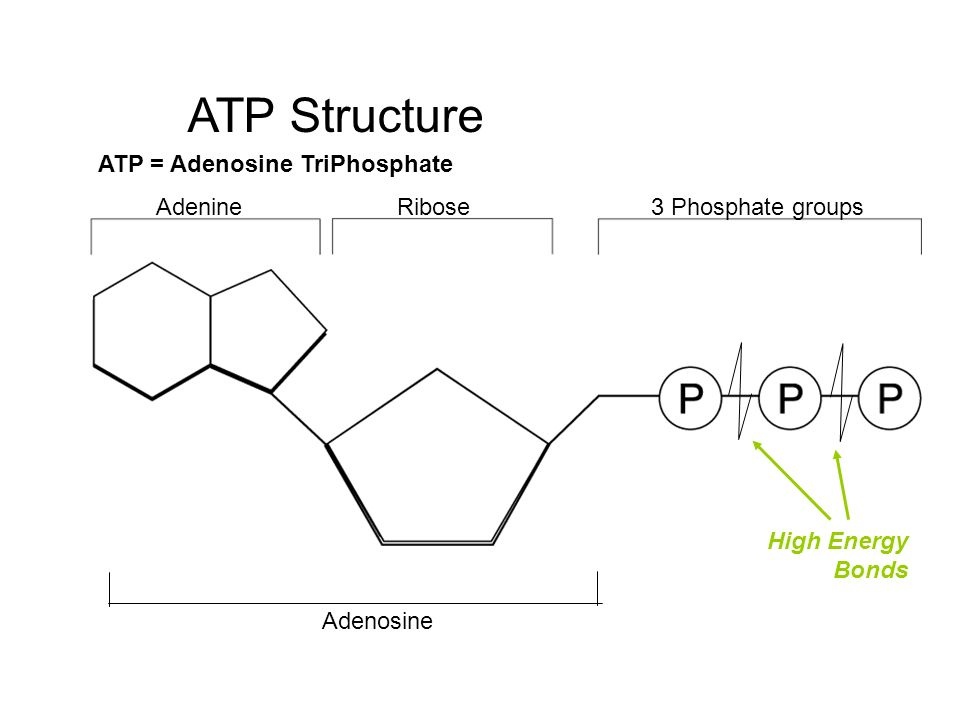 However, AMP can be converted to ADP or ATP via new phosphonhydride bonds to store energy. So, in the cell, ATP, AMP and ADP are continuously linked through biological reactions. ATP is continuously consumed and revived to ensure that an organism can function, and survive.

How is ATP produced?

ATP is produced during cellular respiration which takes place in the cytosol and mitochondria of the cell. This process begins with glycolysis and is followed by aerobic respiration, which includes the Krebs cycle and the electron transport chain. So, there are three steps that make up a total of 36 ATP molecules: 2 ATP molecules are produced in glycolysis, 2 are produced in Krebs? The chakras and 32 electrons are produced by the transport chain. ATP is also produced in plants through photosynthesis. In which light and dark reactions take place. In the light reaction, the sun's energy is converted into chemical energy in the form of ATP through the phosphorylation of ADP, which takes over a phosphate group to become ATP. In the deep reaction of photosynthesis, called the Calvin cycle, the same ATP is used to synthesize the glucose needed by plants to survive.

ATP is used in a variety of ways, and for thousands of different purposes in humans, animals, plants, etc. ATP moves through diffusion (from high concentration to low concentration) to the area where it is needed for energy. , and when energy is released the bond between the second and third phosphate groups is broken, and a phosphoryl group is removed.