What is NTPC Full Form ?

NTPC Is stands for the National Thermal Power Corporation, it is established on 7th November 1975. NTPC's basic operation is power generation, it is also engaged in Coal mining, renewable energy, power distribution, power trading, and equipment manufacturing. NTPC's headquarter is located in New Delhi, its regional headquarter is located in Lucknow, Secunderabad, Patna, Bhubaneshwar, Raipur, Mumbai, etc. On 19 March 1976 Shri D.V Kapur became the first chairman and managing director. NTPC's first project was cleared by government of India on 8th December 1976, It was the thermal power and the project was located in Singrauli in Uttar Pradesh. It was given the status of Navratna Company in 1997. In 2004 NTPC became the listed company, and in 2005 it became NTPC limited. NTPC signed an agreement with Sri Lanka in 2006 to set up two 250 MW units at Trincomalee, Sri Lanka. 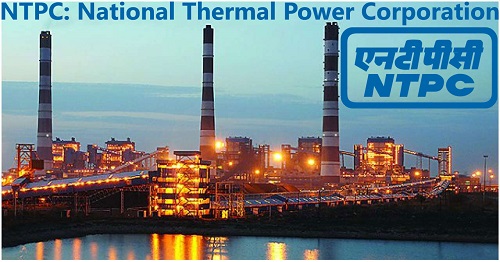 NTPC is generating more than 66000 MW of electricity every day in 2020 and is also working to increase its production every day. NTPC has a total of 47 power plants, out of which 24 are on coal, 7 on gas, two hydropower plants, one wind power plant, and 13 solar power plants. NTPC is a very large power sector company with more than 20,000 permanent employees. In May 2010, NTPC became a Maharatna company of India.